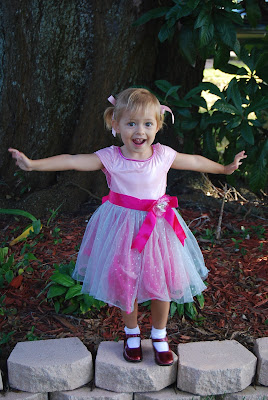 Ella will be three years old in just a couple of days.  Tonight, we celebrated by taking her to Toys-R-Us, where she was given a crown and a balloon (they were out of their normal birthday club balloons).  Toys-R-Us's birthday club is something that we learned about last year and both of the girls look forward to going there on/near their birthdays. 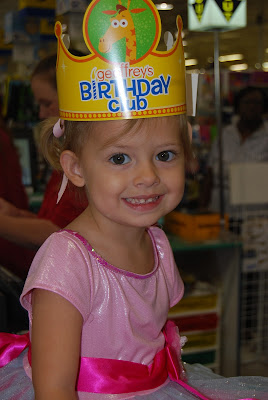 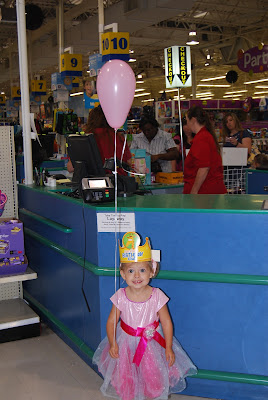 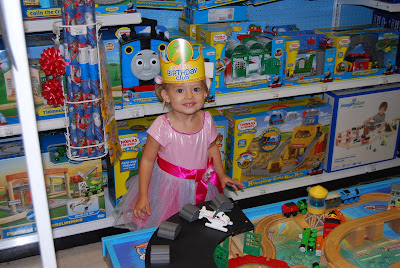 Next, we headed to the mall for Chick-Fil-A's monthly birthday celebration.  The girls both had their faces painted and both were given a cupcake and a cookie. Ella was given a stuffed cow and a balloon and she was able to pick a birthday surprise - she chose a Tinkerbell Notebook :) 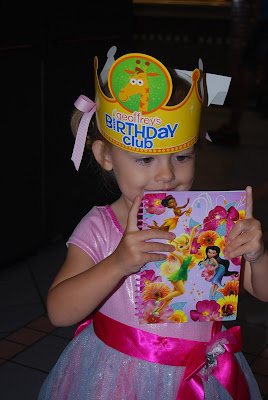 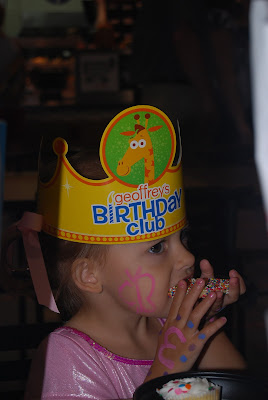 Because they didn't have quite enough sugar at Chick-Fil-A (*sigh*), we took them home to roast marshmallows, which I was lazy (*ahem*) and didn't take any pictures of this event.

On an unrelated sidenote, baby number three is being super stubborn.  I am 41 weeks pregnant now and having a hard time being patient for her arrival.  I am wondering if she is waiting to show up on her sister's birthday??
Posted by Peterson Party at 11:23 PM

Beautiful girl! Really? Is she 3 already?

Thanks! Yes, today was her birthday :)