We've been staying at my parents' house for a little more than a week now, while waiting for my little sister to have her baby.  She's four days late so far.  There were two different days that we thought labor was going to begin, just to fizzle out after a couple of hours.  Bummer!  The girls and I have been keeping very busy visiting friends and family while we've been here.

On Sunday afternoon, after playing in the park, my dad started some yardwork.  Arin has been enjoying helping grandma and papa with different projects since we arrived.  She went outside and asked my dad if there was anything she could help with.  He put her to work raking leaves.  I was not outside with her during her first raking session, but my dad said she was a diligent, cheerful worker.  While she worked, she also educated my dad on different things like squares and rectangles both have four sides and four corners, triangles have three sides and three corners, but ovals and circles don't have any sides or corners.  She also told my dad that springtime is so nice to be outside, but summer gets really hot, but that's when she gets to swim a lot.  Finally, she reminded him that her birthday is just four months away in July.  Silly little girl.  She did keep my dad entertained.  I later went outside and took pictures of a second raking session.

She raked and raked.  (see the pile of leaves that she raked to the right of her in this picture?) 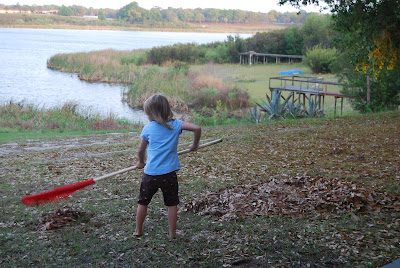 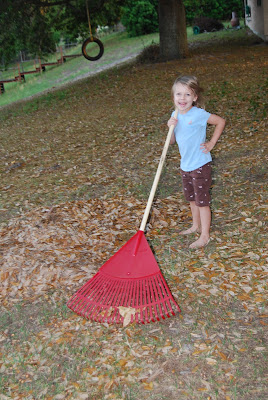 Then jumped in the pile of leaves. 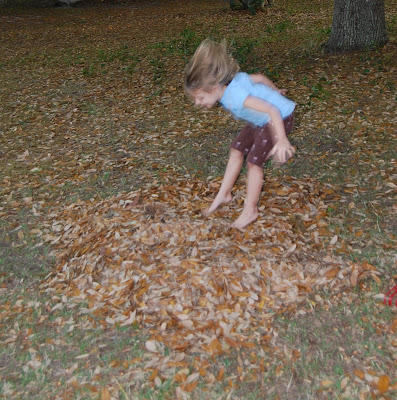 Then raked some more. 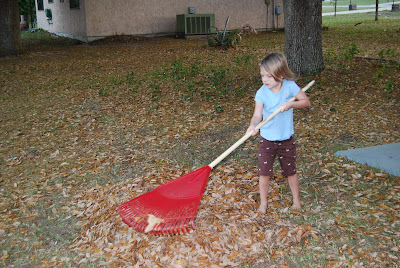 For her cheerful work, Papa rewarded her with a dollar! 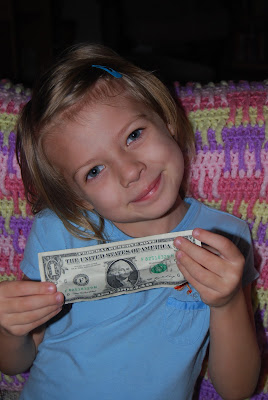 Email ThisBlogThis!Share to TwitterShare to FacebookShare to Pinterest
Labels: Outside Fun