On Sunday, Andrew and his oldest brother, Mike, ran at the Mud Crusade.  This is a 5k adventure run (it included about 18 obstacles and was run through the mud).  They had so much fun and are looking forward to running another one in the future.

Here's a picture of them before the race started.  Notice how they are nice and clean :) 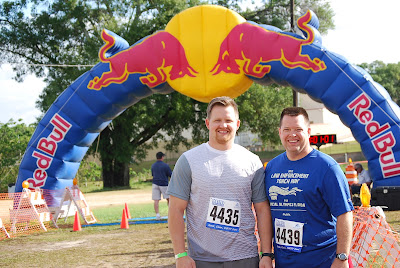 Another of their brothers (Matt) was also there.  His wife was running that day too. 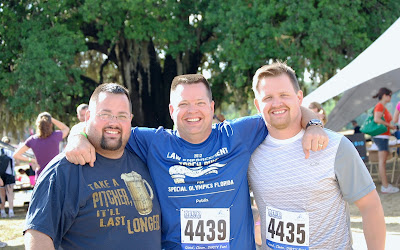 And here is a picture after the race.  Not so clean... 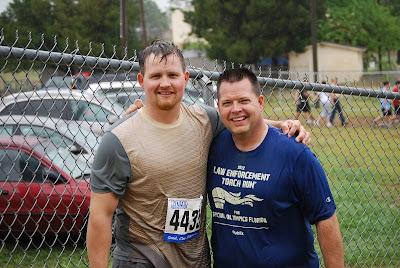 There were lots of areas for the spectators to stay during the race and take pictures and cheer on the racers.  I got exactly zero pictures of Andrew and Mike completing the course.  Why?  After Andy took off running, Matt and I found a spot along the sidelines...and only a couple minutes later, it started pouring down rain!  First, we hurried the kiddos and ourselves under a small tent that was set up.  The seven of us, plus two strollers just barely fit.  And that would have been fine, but of course, it was about that time that Kaelyn decided it was time to eat.  So we decided to make a mad dash up to the bathrooms.  Matt decided to take his kiddos to the bathroom as well so they would be out of the rain completely.  I am sure that we were quite the sight to see...two adults running, with two little kids running beside us and three little ones in two strollers.  Did you notice that I said "up" to the bathroom?  Yes, it was up a hill and I wasn't sure if I was going to make it.  I felt like we were the ones running the obstacle courses!

We stayed outside the bathrooms, under the overhang, while it rained.  In case you were wondering, it stopped raining just as Andrew and Mike were finishing their race. 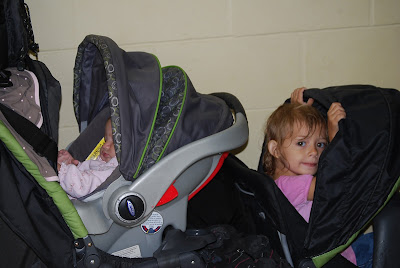 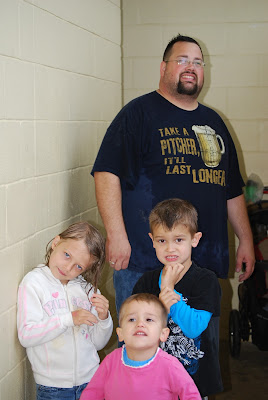 And the kids were cold after getting rained on.  Luckily, my girls had started out with long-sleeved shirts and jackets, but they also had short-sleeved shirts too, so they shared their long-sleeves with the boys.  Isn't he so cute in pink? Haha! 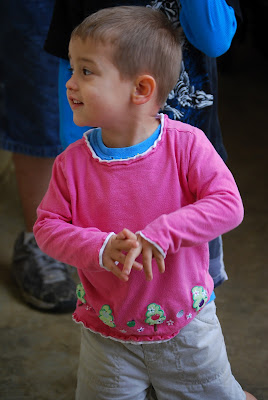 Andrew and Mike ran the 9:30 wave and Jessica (Matt's wife) ran with our playgroup at the 10:00 wave.  We missed her take-off, but it quit raining soon after, so we were able to see them do a portion of the course. 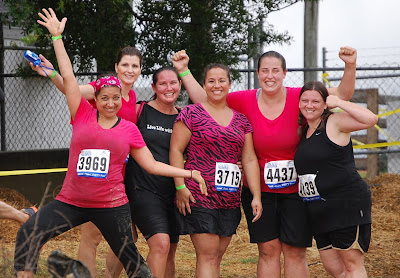 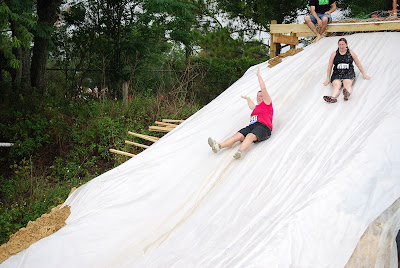 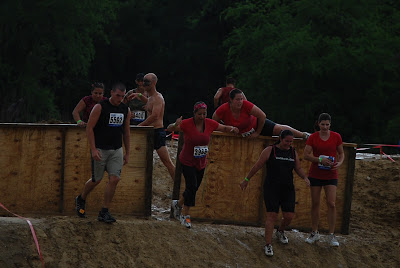 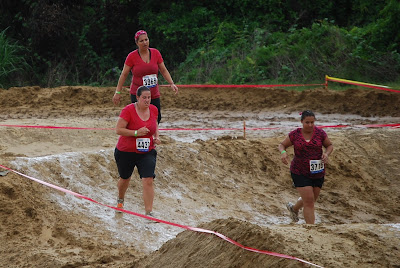 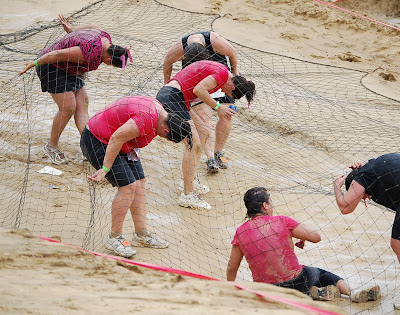 ﻿
While we were waiting for Jessica to finish, the kids were all having fun playing in the mud! 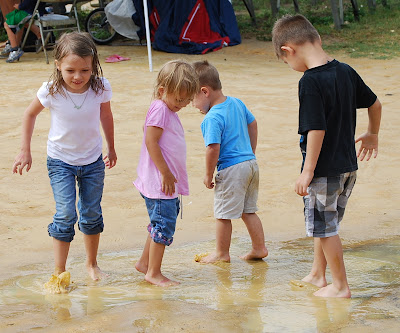 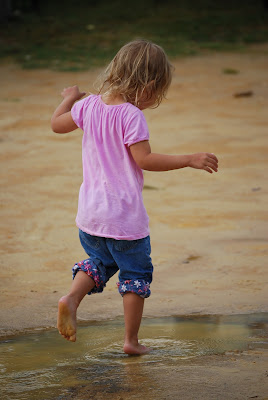 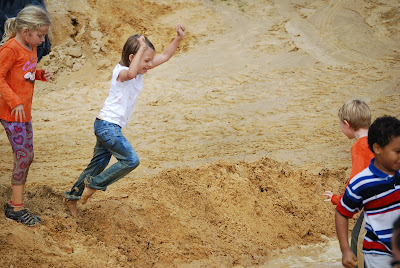 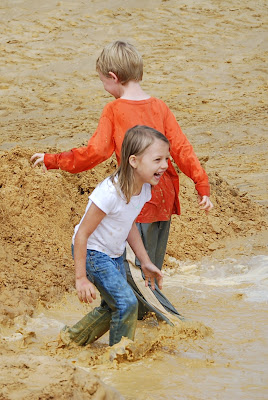 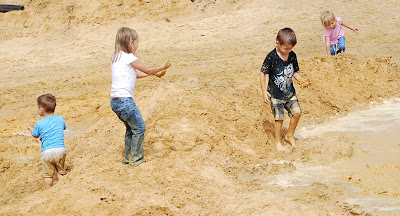 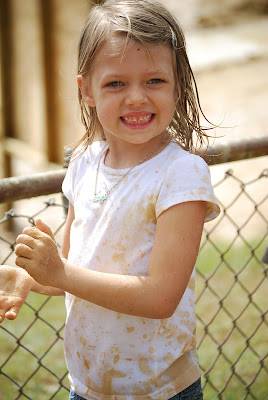 Despite the rain, which honestly Andy said was better for running, it was a fun event and I hope to participate with him next year!
Posted by Peterson Party at 10:43 AM