Caterpillars and the Letter C

Arin loves to have talks with me. Lately she's been saying, "Momma, let's talk about....butterflies!" So we have been talking a lot about how butterflies were once caterpillars. We go through the life cycle. She finds this fascinating. So a couple of days ago, I decided we should go to the library and check-out some books about caterpillars and butterflies. Arin loves the library, so she was very excited about this idea.

After we read our books, we made a paper caterpillar. First, I had Arin trace circles onto paper. She did pretty good with this considering it was the first time she has traced an object. Then, I had her cut out the circles. She needs much more cutting practice. As I have mentioned in a previous post, I have not been crazy about her using scissors, so this is why she isn't super at it. She did enjoy being allowed to use scissors tonight, even if it was with super close supervision :) After she cut out the circles, she glued them to a piece of paper. Then she drew an eye and a mouth on the caterpillar and decorated its body. She also drew sixteen legs (great counting practice!), which is what we read that caterpillars have. She also drew a sun in the sky and flowers in the grass. 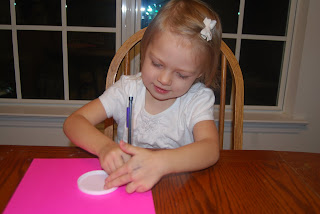 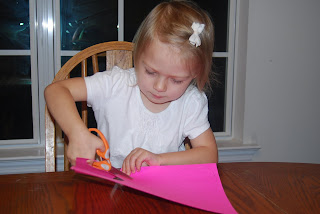 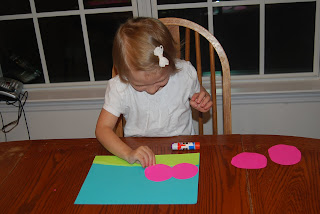 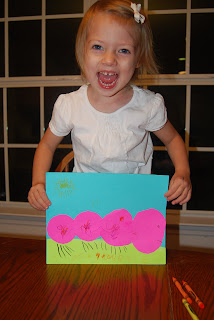 After making the caterpillar, we talked about the letter C, since that is what caterpillar starts with. We looked through magazines together and looked for objects that start with a C (we only focused on the hard c sound). When we found something, Arin would cut it out and glue it to a piece of paper to make her C collage. She loved this too and we were able to talk about beginning sounds of different objects. 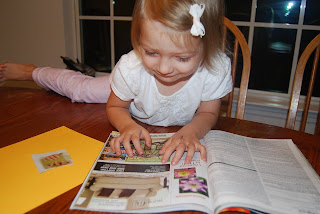 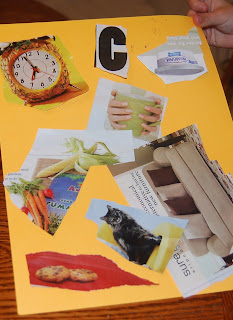 Posted by Peterson Party at 9:59 PM