A Variation of the Game Uno

Today, Arin and I were going to play Uno, however, Ella wanted to play as well, so we attempted to make it a little more toddler friendly.  First, I set the game up by placing four cards on the floor (one of each color).  Then, the girls took turns drawing a card and placing on the appropriate pile. 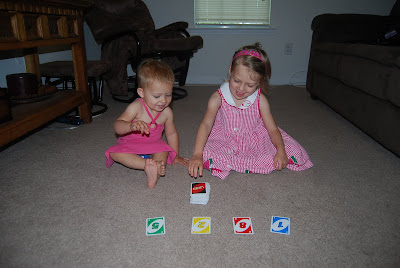 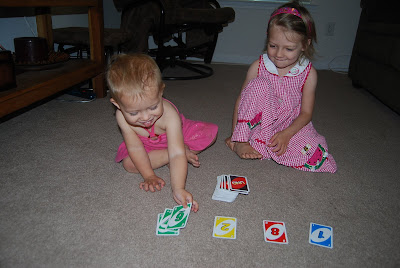 Arin could match her card by either color or number.  However, if the color she needed was no longer in a pile, then she would have to hold on to that card until she could match it later.  For example, if she chose to match a 4 by number rather than color and there were now two piles of red, one of green and one of blue, but she drew a yellow card (not of the same number of any pile) then she'd lose a turn and have to hold on to that card to play later.  If a wild card was drawn, it could be played in any pile and then any card played on top of it.   Arin loved this game though it was hard to play with Ella around. 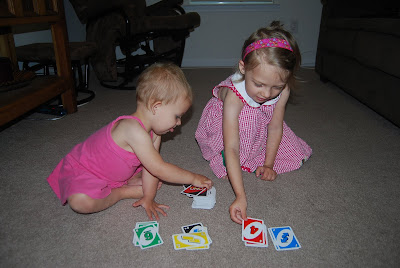 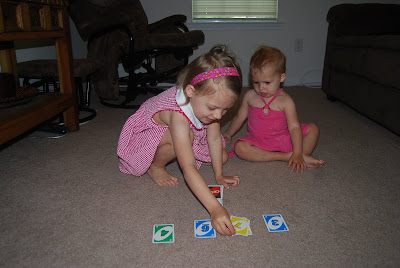 Ella is not old enough to grasp the idea of taking turns and with so many options available, she wasn't too interested in matching the colors of the cards either.  So we gave Ella her own stack of cards and allowed her to play by herself while Arin and I played the above mentioned variation of the game. 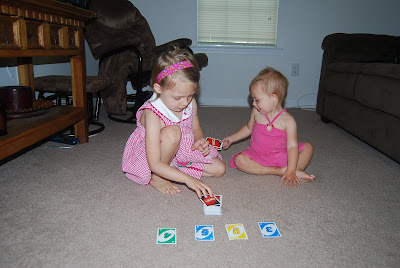 Once Arin was tired of playing, I laid four cards on the floor, one of each color.  Then, one at a time, I handed them to Ella and she would match their colors.  Without so many options, she was able to match the colors pretty easily. 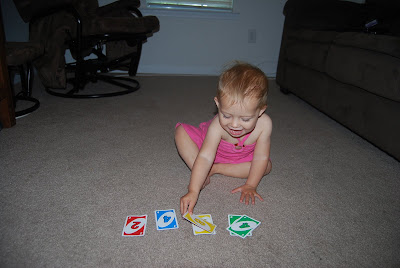 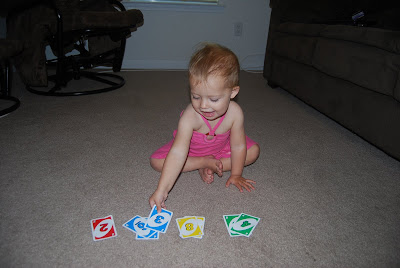 Perfect way to use those cards...so fun!

That's a great way to engage both girls