This weekend we took our first long trip in the car since we've moved.  We went to see my brother and sister-in-law.  They live about an hour and a half from us, which is actually a short trip compared to the trips we used to make to see family, or even to go to a big city for that matter. 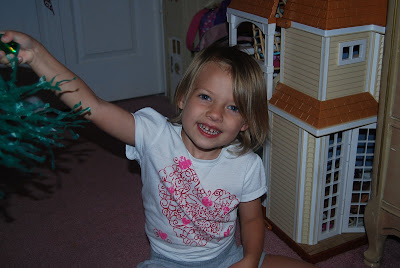 The girls loved seeing their cousins.  Now that Andy has Saturdays and Tuesdays off from work, we are not able to stay two nights in a row like we are used to.  Arin, being the big girl that she is now (almost four) decided that she'd like to spend another night, in fact she'd like to stay five more nights with her cousins.  Andrew and I talked it over and decided, yes, she could stay for the five nights (my sister-in-law was coming to our town at the end of the week).  So we talked to Arin all day about it and all day she was very sure that she wanted to stay.  We hugged her and kissed her, and along with everyone else, she waved us good-bye.  She had a smile on her face, though I could tell it was more of a nervous smile than anything.  We pulled out of the driveway and got almost to the interstate (about five minutes or less from their house) when the phone call came in, "Come back and get her, she wants her mommy!" 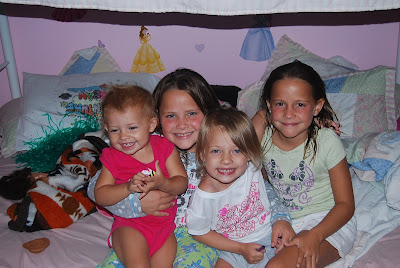 The biggest mistake we made was not giving her a nap and leaving before we put her to bed, which was past her bedtime even if she would have had a nap.  She was asleep within the first thirty minutes of getting in the car.  I knew she was tired and I know that she would have really enjoyed spending the time with her cousins and aunt and uncle had she had the proper sleep.  I know it would have been making great memories for the future.  My brother is ten years older than me and I loved spending the summers at his house when I was younger.  So I know it would have been a lot of fun for her, but I am also so, so, so happy that she did come home because five nights is a long time for this mama to be away from her big girl! 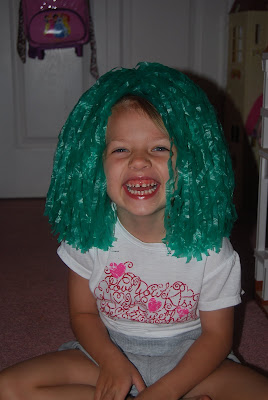 Email ThisBlogThis!Share to TwitterShare to FacebookShare to Pinterest
Labels: Arin

Oh my goodness, I couldn't imagine leaving Sam at anyone else's house to sleep for the night! I don't even want to know if he's ready or not (he's 4 too), but I'M not ready for that!! Brave girl, even considering it (her and you - lol).

It'll happen soon enough...oh, I know you're glad to have her with you!