Unplug Your Kids: Thanks

This week's theme at Unplug Your Kids is Thanks.  We were going to go the Thanksgiving theme way, but the kids needed to get some thank you cards out, so we went in that direction instead.

It's been a while since Arin has practiced her sewing skills.  I punched holes in a card and handed it, along with a plastic needle to Arin.  She picked the colors of thread that she wanted to use.  She wanted exactly no help with the sewing.  Normally, I would have guided her a little more on a project, but this was her thank you card, so I let her go with it. 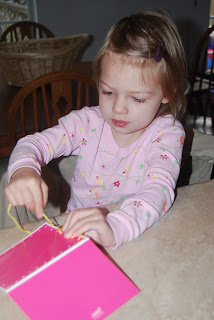 Once, she was done sewing, Ella lightly colored the inside. 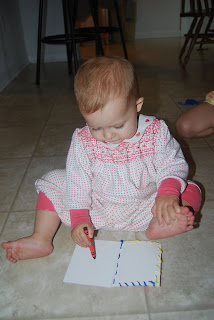 Next, Arin and I looked through magazines and found the letters T, H, A, N, K, and S.  I cut them out because it is still not Arin's strongest skill. 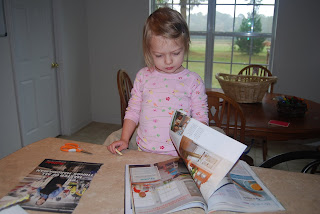 Then, I gave Arin a glue stick and showed her the order to glue on the letters. 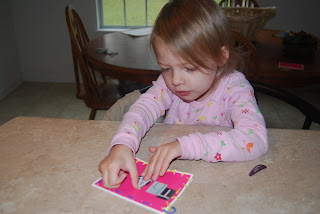 Arin was pleased with her finished work! 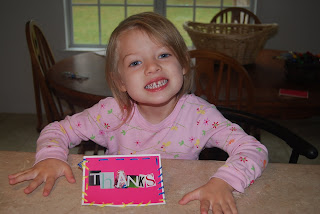 Email ThisBlogThis!Share to TwitterShare to FacebookShare to Pinterest
Labels: Thank You Cards, Unplug Your Kids

We made thank you cards for our unplugged project too :) I wish I'd thought of the magazine letters - yours look very nice!

Visiting from Unplugged - this is an awesome card. I like the idea of sewing the card. Was it just a regular cardstock card or did you put fabric around it?

Raising a Happy Child -
I had bought a pack of blank cards with envelopes and that is what we used to make these cards. No fabric on them, though that is a good idea!

I like the sewing card idea and cutting out the letters from magazines. This looks like a fun project.