Picnic in the Park

We have been trying to go on a picnic since Friday, but it has been too rainy. Today it rained also, but it cleared up in the late afternoon, so we decided to go for it.
First we had to stop by the grocery store and get a couple more supplies for the picnic (ice, grapes, drinks, etc.). Andy pushed Arin around the store in one of those car shopping carts. She really liked that. They are always too bulky for me to push, so I was glad that Andy was there and letting Arin try it out. 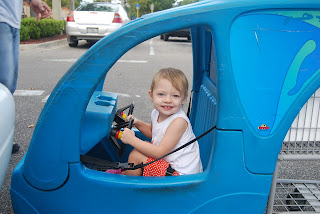 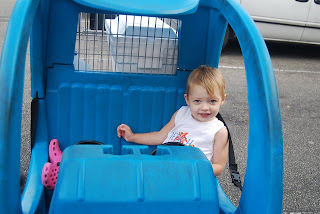 We got out to the park late, about 7:40pm, so we ate quickly and then let Arin play for just a little bit. First she went on the swings. She thought that was great. She kept saying, "This is Fun!" 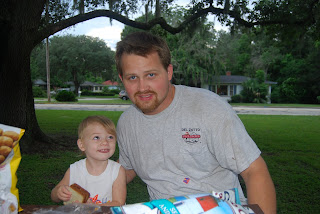 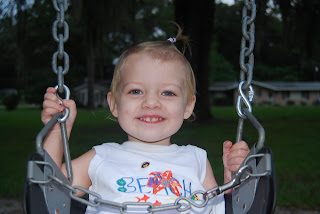 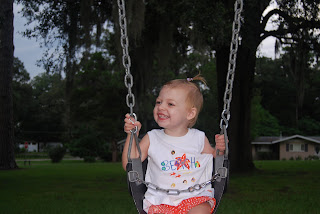 Next, she went on the slides. They were wet from the afternoon rain, but one slide down dried them off! 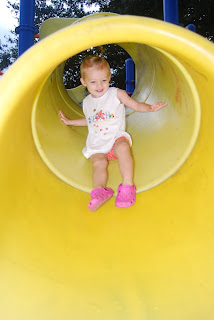 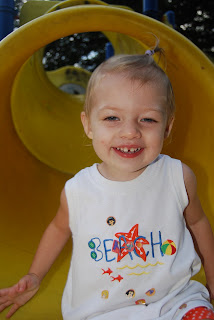 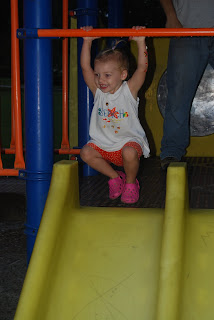 We had never been to that park before. The park is really nice, small, but nice. The playground is small - perfect size for Arin. Unfortunately though, someone ruined the playground with graffiti. We were glad that Arin doesn't know how to read yet! 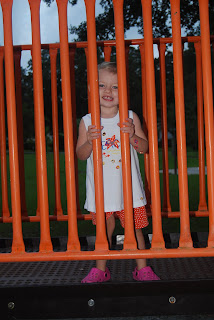 We decided to leave the park before the mosquitos came out. Arin didn't get much play time, so we took her to McDonald's. They have an indoor playplace. She had so much fun there. There were two other kids playing there too. It was cute to watch the three of them following each other all over the playplace. 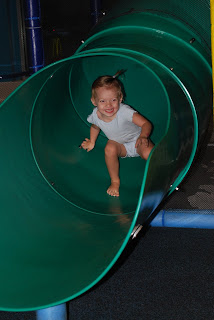 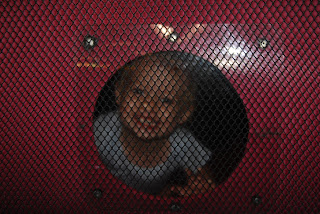 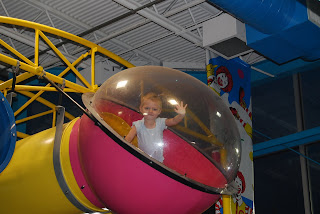 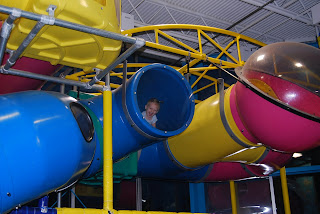 Posted by Peterson Party at 9:07 PM

Email ThisBlogThis!Share to TwitterShare to FacebookShare to Pinterest
Labels: Family