162 Things to Do Before Kindergarten #3

The third thing that we did from our list was to play with blocks and puzzles.
I had bought a Noah's Ark alphabet floor puzzle a long time ago, but hadn't played it with Arin until today. She was in her high chair eating breakfast this morning when I told her that I had something new and fun for her. She got excited and immediately wanted to get down. I showed her the puzzle and she just lit up. "Oh a game for me?" I wish I would have had the video camera on while she was playing with the puzzle. First, I showed her how to make a pile of the straight-edged pieces and put the other pieces in the box for later. Then, I showed her how to put the pieces together. She said "Oh, this is very hard" which it was because we were putting it together on the carpet. Then, in her next sentence she said "This is a very fun puzzle!" We put some more together and then she said "This is very, very special for me." She cracks me up, but I am glad that she had fun. She told me again that it was hard. One of the pieces was an 'O' with a picture of an owl on it. She couldn't get it to go together with the other piece, so she decided the owl just needed to go back in the box (where the inside pieces were). When we finished the puzzle, she thought it was so much fun that she asked to do it again! 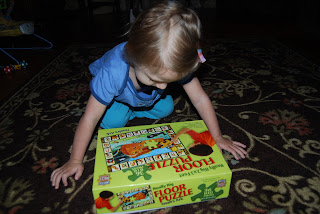 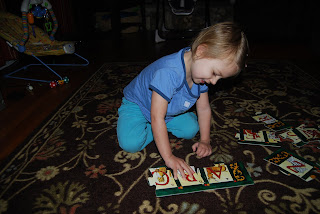 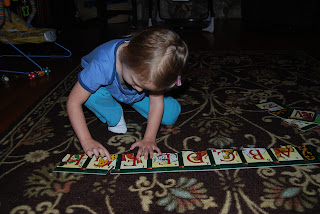 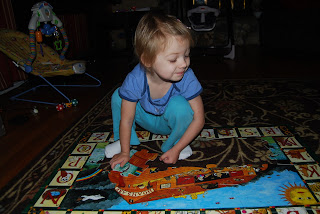 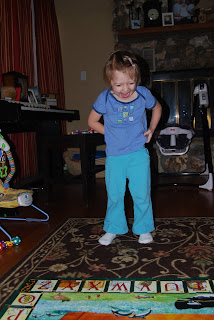 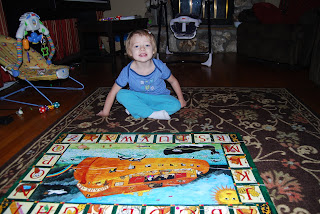 The second activity was to play with blocks. We have a really nice set of natural wooden blocks. It was given to me from a friend whose son didn't play with them anymore. The only problem is that the box of blocks is super heavy, so I rarely pull it out of the closet. It's probably been close to a year since we've had the blocks out. However, after seeing how much fun Arin had with them today, they will find a home out of the closet.
I brought the box out and it was closed. I asked Arin to guess what was in it. She went over to the box and read the letters on the outside of the box "F-E-L-D-M-A-N" I asked her what it said. She said "It says toys!" 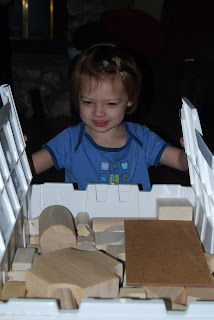 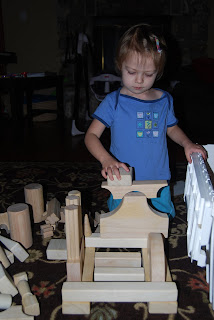 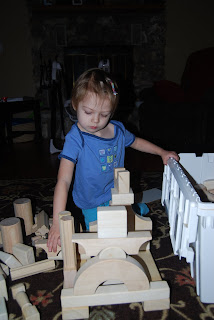 When she was done playing with the blocks, she picked them up (without me telling her to!) and then she went in her room and found her wooden fish puzzle and brought it out to me to play with her. She had a lot of fun with these activities. 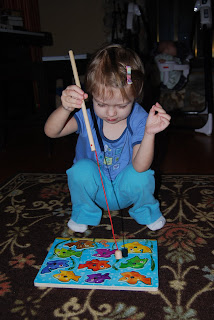 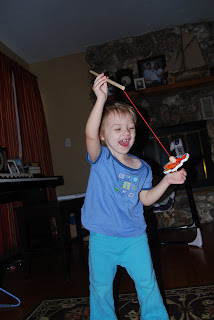 Email ThisBlogThis!Share to TwitterShare to FacebookShare to Pinterest
Labels: 162 Things to do Before Kindergarten

I'm loving her comments especially when she said it was very, very special for her. How darling. I love your puzzles and blocks.