Today's school lessons included four things: Lacing, Tracing, Pouring & Pasting.
Arin loves anything lacing. It doesn't matter if it is beading a necklace or using a sewing card. She loves it all. So I printed off this picture of a truck, punched some holes in it and gave it to Arin to lace with a shoelace. 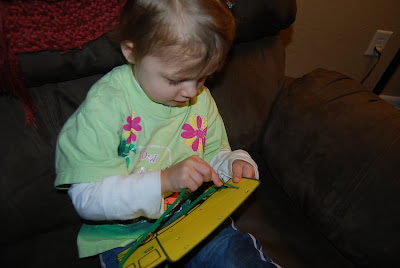 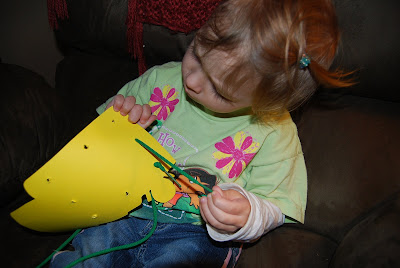 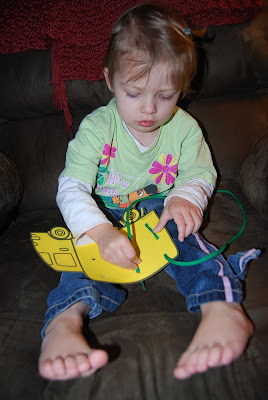 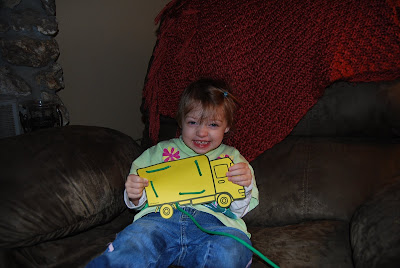 A couple of weeks ago, Arin did some book work. One of the activities was tracing. She did well at it for her first attempt, so I thought we'd try it again today. Considering she's only two, she did pretty well on the circle and the square - needs some more practice with the star though! 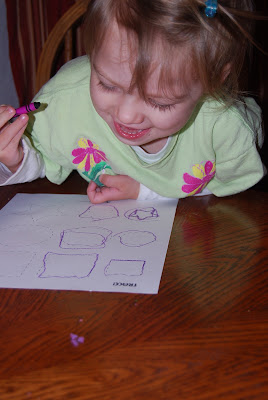 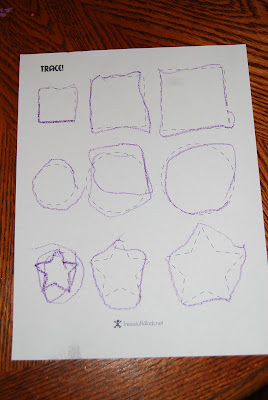 For our pouring activity, I gave Arin three empty, identical, plastic cups and a fourth cup with water in it. I drew lines around the three cups and told Arin to fill them with water up to the line. In theory this seemed like a good idea, but in actuality, it was just too much fun pouring the water to have to stop at the line! So she spent a long time pouring the water back and forth between the four cups. Lots of water was spilt in the process, but I'm sure my kitchen floor needed to be mopped anyways! So all-in-all, this was the favorite activity for the day. 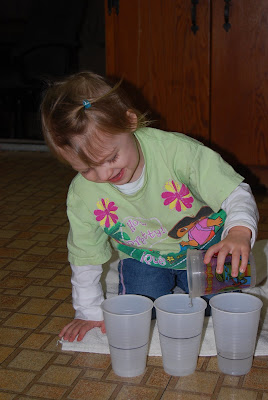 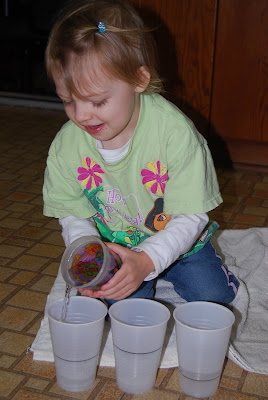 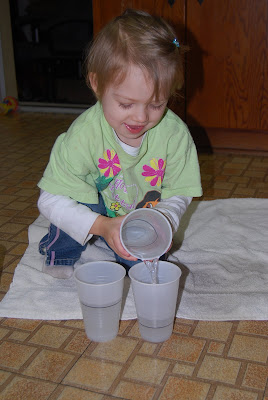 A couple of months ago, I had cut some animals out of magazines for an activity that I wanted to do with Arin. We never got to that project. Arin's had a lot of fun gluing for the past couple of days, so I knew we had to do more of it today. I printed out a picture of a barn. Arin colored it and then she glued animals to the picture. We sang "Old McDonald Had a Farm" and named the animals and their sound as she was gluing them on the paper. 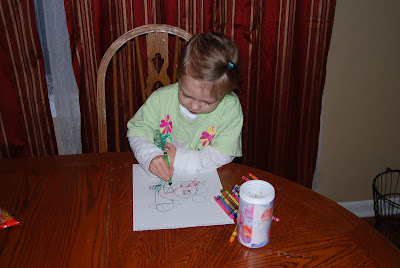 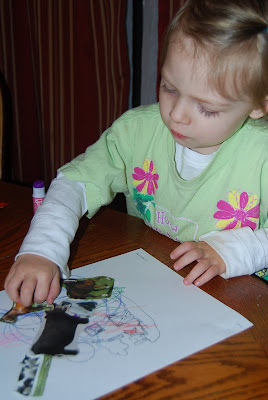 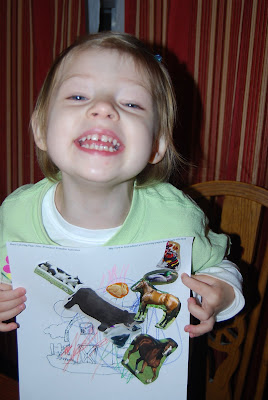