Day 25: The Gift of Entertainment

I had planned going to the movies as one of Andrew's gifts, but last minute decided we'd just rent a movie to watch at home (you know, easier with the baby).  The girls and I went to Redbox and picked out the movie.  They really wanted to see "Cars 2", but it was out of stock, so we picked "Zookeeper".  I set up a blanket on the living room floor and we had a picnic dinner as we watched the movie.  I thought, "Ok, it's Kevin James.  Andy likes Kevin James.  And it's talking animals.  The girls love animals and what could be more fun than talking animals?  This will be great."  Wrong!  There were talking animals, but it wasn't really a kids movie.  It was "how does the guy win the girl?" kind of movie and the animals give advice.  Lame for the adults and too old for a three and five year old.  Disappointment, but the picnic dinner was fun :) 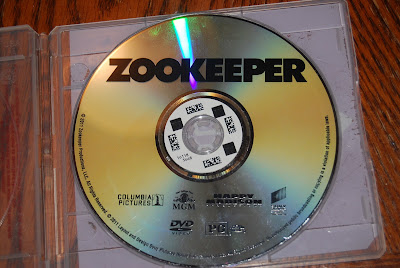 Day 26: The Gift of a Favorite Dinner.

One of Andy's favorite meals is Hot Wings.  We ordered his favorite take-out wings - enough that he could have them for several meals :) 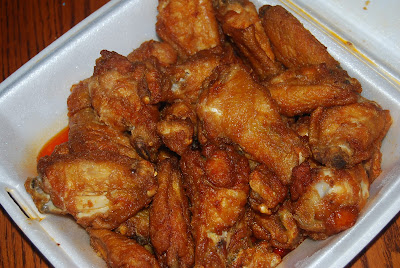 Our local astronomy club hosts an astronomy night once a month, which is open to the public.  Andrew loves astronomy, so we signed him up for the class.  Andrew and I had gone to an astronomy night once in Hawaii.  It was a lot of fun.  We looked through the high-powered telescopes at different constellations and what not.  I had it in my mind that this would be a similiar event.  Nope.  There was too much cloud cover, so we did not get to look through the telescopes tonight.  Instead, it was a two hour class about different types of telescopes, and looking at pictures of the night sky that some of the members had taken, etc.  The good news is that Andrew loved this.  He was able to meet some people with similiar interests and he plans to meet with them again.  The bad news was that we brought the three kiddos, expecting to let them see the sky through the telescopes, which didn't happen, so it was terribly boring to us.  Next time, Andrew will do this by himself, which I am assuming will actually be even more fun for him.  No pics of this event, since we were just sitting inside the whole time.
Posted by Peterson Party at 9:53 PM

Email ThisBlogThis!Share to TwitterShare to FacebookShare to Pinterest
Labels: 29 Days for Daddy