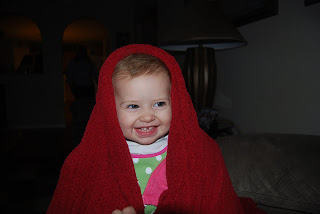 There were a couple of things that I forgot to add in Ella's 16 month old update.  She is starting to learn how to undress herself.  She can now take off her pants (not jeans yet), which is a bad thing, because she's known how to take her diaper off for several months and her pants used to be the only thing keeping that diaper on!  She is starting to try to take her shirts off.  Looks like I am going to have a streaker soon! 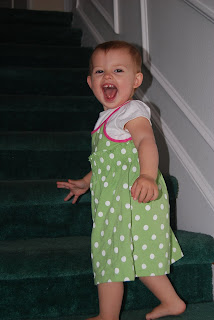 She has also learned how to say "ball" today, which we are very excited about.  She has been able to sign it for quite some time, but finally has started saying it.  She now says, mama (her favorite word!), dada, ball, bath, boom, and something that I know means Arin, but nobody else would if they heard it. 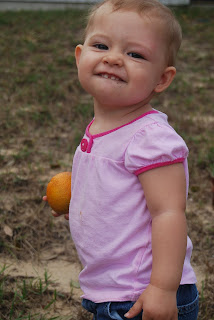 She has also started signing unprompted.  It used to be that we'd ask her to show us the sign for this word or that word and she could do it, but recently she does this on her own. 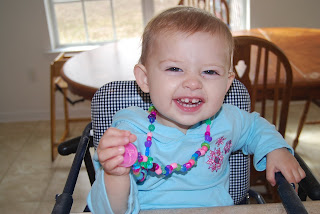 She has also started shaking her head "yes" which is another excited thing because she had the "no" down like a pro!
Posted by Peterson Party at 7:48 PM

Kudos for you doing the signing... I swear I always meant to... perhaps the next kid

what a cutie! I know Sign Language and never taught to my girls! I think it is so great that you teach it to them at such a young age:)